When you’re only a white belt you don’t yet know all the possible counters to different submissions. Sometimes you have to improvise a little, which is exactly what this guy did. He didn’t even get disqualified for it. Hey, sometimes people are only white belts at being referees as well.

The incident took place during this year’s IBJJF European Championships.

Since 2004 the International Brazilian Jiu-Jitsu Federation has been holding their European Championships in Portugal. You would think that since the event is held in Europe that the majority of competitors would be, you know, European. Not the case however, as with most BJJ tournaments, this one has been dominated by Brazilians.

The standout at the tournament this year was Leandro Lo, who took home gold in both the heavyweight and openweight divisions. Lo has steadily been moving up in weight divisions, having already won world championships at lightweight, middleweight, and medium heavyweight. This tournament was his heavyweight debut, and he failed to disappoint.

Check out his final match in the tournament in the video below:

Biting Can Be Effective

Before we get to the biting-video from the recent European Championships, perhaps a reminder is necessary that even high-level combat athletes have been caught biting opponents before.

Because it is too good to resist, check out this video of Mike Tyson biting Evander Holyfield’s ear. This was from their second fight, which took place June 28th 1997.

Tyson was once asked if there was anything he would have done differently in his career, and he replied that this incident was one he wished he had never done.

The bite takes place around the 3:55 mark of the video. The competitor immediately grabs at his leg after releasing the submission and motions for the referee to come over. The referee then motions for medical attendants to look at the guy’s leg. 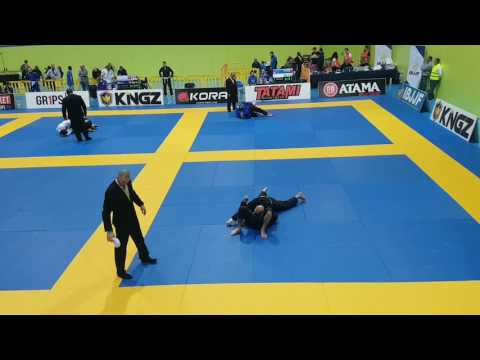 Not only was there no disqualification afterwards, the guy who bit his opponent actually won the match!

Perhaps the most entertaining part of the video is the exchange between referee and the white belt who is pleading with him that he didn’t bite the guy. All the referee seems to do in response to him is put his finger to his lips as if to say “just stop talking”.

Well, there you have it white belts! If you really need to get out of that armbar just go ahead and bite your opponent. If you’re competing at the IBJJF European Championships, you won’t even get disqualified.

The most reckless UFC fighters

Salvador Sanchez - Mar 23, 2018 0
Action movie star Sylvester Stallone still manages to train like a beast at the ripe old age of 71. When most people are preparing...

What are the Pros and Cons of Buying Kratom Online?