This weekend in South Korea the giant Hong Man Choi returned to the cage. Hardcore fans might recognize him from the Japanese era of MMA, as he once faced the legendary Fedor Emelianenko.

Standing a whopping 218 cm (7 ft 2 in) tall, the South Korean monster weighs in at 150 kg (330 lb; 24 st). Following five brutal losses in kickboxing and MMA, Hong Man Choi decided to retire from fighting. As they say, nothing lasts forever.

Following six years in retirement, the huge kickboxer and MMA fighter decided to come back. Signing with Korean promotion Road FC, Choi was welcomed back with a brutal knockout loss in 2015.

Persevering through this bump in the road, Choi returned with two straight knockouts in China, still under the Road FC banner. His record standing at 4-4, Choi decided to fight an old rival, Mighty Mo.

This weekend, at Road FC 33, Hong Man Choi fought Mighty Mo Siala for the third time. During his time as a kickboxer, Choi was KO’d once by Mighty Mo, but won a decision in their second fight.

The decision to fight Mighty Mo for a third time was a very, very bad one indeed. The commentators can clearly feel the cage vibrate as Choi’s head bounces of it. Mighty Mo finishes Hong Man Choi with a brutal one punch KO in the first round.

Mighty Mo unleashes his dynamite fist on to the head of Hong Man Choi. Unfortunately for the gian South Korean, he can’t take that kind of hit anymore. Once upon a time, Choi was a much more formidable foe.

He very nearly beat Fedor Emelianenko before getting caught in an armbar. Luckily we have that very fight in our deep archives. You can watch it on the player below:

The career of Hong Man Choi isn’t all bad. He’s scored some very high level wins, including over the legend Gary Goodridge, Mighty Mo and Semmy Schilt. Unfortunately he’s a little long in the tooth to fight at the top level now. 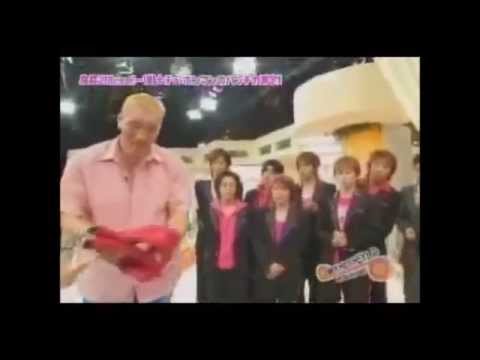 Five Female MMA Fighters Who Might Be On Steroids

Gentleman Jeff - Jul 7, 2016 6
According to Nate Diaz the entire UFC is on steroids, even now in the USADA testing era.  We're assuming he was including the women's...

Team McGregor Drops MASSIVE Hint About His Next Fight