Conor McGregor will face the biggest challenge of his career later this summer, so naturally he has re-enlisted the help of his movement coach, Ido Portal. A new video of Conor’s training released by Portal, shows that while Portal’s methods have evolved, they are still quite controversial.

As we grow closer to the fight date, many are speculating as to how Conor could possibly defeat Floyd. Joe Rogan has suggested that Conor throw a head kick during the bout, believing he would become a folk hero in the process. Last week, ScrapDigest listed 5 possible ways Conor could beat Floyd.

Ido Portal labels himself a teacher of “movement culture”, and has his own theories on how Conor can win. The effectiveness of Portal’s methods have been questioned by many, but others feel he has much to offer. 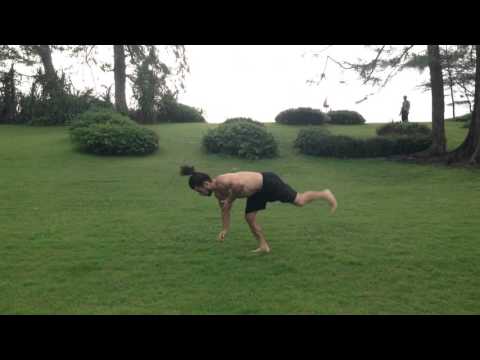 Portal became a household MMA name as a result of the epic UFC 196 pre-fight press conference, where Nate Diaz referred to his techniques as “playing touch butt in the park”.

Leading up to UFC 196, when Nate Diaz stepped in on short notice to fight Conor, he evidently went online to look at Conor’s training. What he found was a series of bizarre training videos.

Conor McGregor vs. A Deck of Cards

Earlier this week, Ido Portal released video of some of his training with Conor McGregor. Evidently, Portal’s methods now include throwing playing cards at his clients: 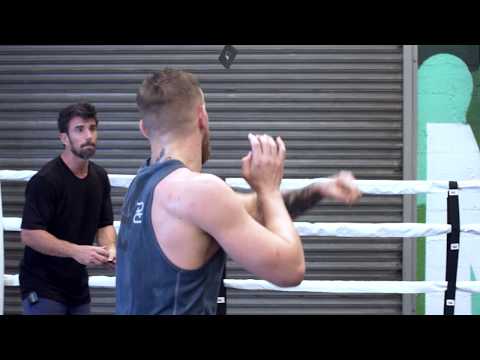 It’s tough to know exactly how this training will benefit Conor in his next fight. Floyd is a touch more elusive than falling playing cards are.

The bout between Conor and Floyd really comes down to whether or not Conor can land a good enough shot to take Floyd out. As Joe Rogan stated, Conor has the “touch of death”, which turns the lights for most fighters who feel it. Maybe, just maybe, Ido Portal can unlock the secret to Conor catching Floyd Mayweather with one good shot.

Does that seem like the kind of training Nate Diaz would have any time for whatsoever? Nate’s reaction to watching those videos at the UFC 196 pre-fight press conference may have been a contributing factor to the bout breaking PPV records (which have since been broken…by their rematch). 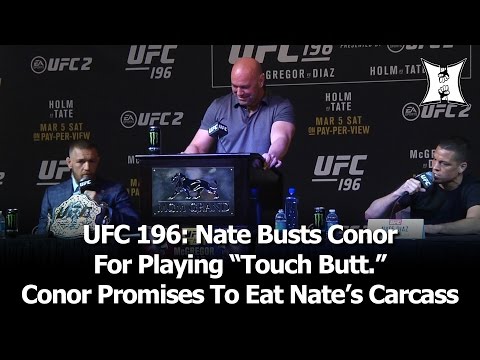 What Conor didn’t mention when asked about his strategy, is that he planned on gassing out in the 2nd round. It all worked out in his favour however. Now he’s super-rich and looking to get far richer.

As his latest training video suggests, Conor hasn’t ditched Portal or his methods.

While Conor is out training with Ido Portal, Mayweather is going a more traditional route. The 40-year old hasn’t fought professionally in close to 2 years, and turned 40 years of age back in February.

Floyd released video of his training earlier this week: 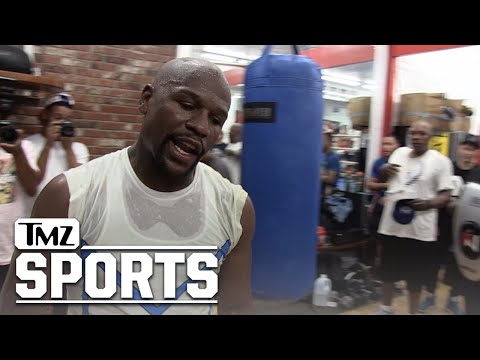 Considering the payday involved, neither fighter is going to pull-out if they sustain hide-able injuries during camp. If Floyd injures an ankle, a knee, or anything else that might impact his movement, it will greatly increase Conor’s chances of catching him during the bout.

Nate Diaz: “Nobody Will Tarnish My Legacy”

Darren - Oct 29, 2019 0
Nate Diaz is one of the cleanest fighters in the game. That's according to most of the UFC roster who know him well. That's...

Joe Rogan Couldn’t Believe What He Saw At UFC 207