Yanagi Ryuken is a very powerful man indeed. He is able to use psychic powers to make his opponents pass out. He claims to be a master of the Kiai discipline.

Unfortunately the early UFCs never included a fighter from a psychic power discipline. If they had who knows if jiu-jitsu would have even caught on. After all, if Yanagi Ryuken was in UFC 1 he would have surely defeated Royce Gracie with his masterful technique.

Enter Iwakura Goh, an MMA fighter who wished to challenge Ryuken. Somehow, Ryuken not only accepted, but wagered $5000 he would win. He did not win. Ryuken did not win because his psychic powers are not actually real. His reality crushing moments are documented in the video below. 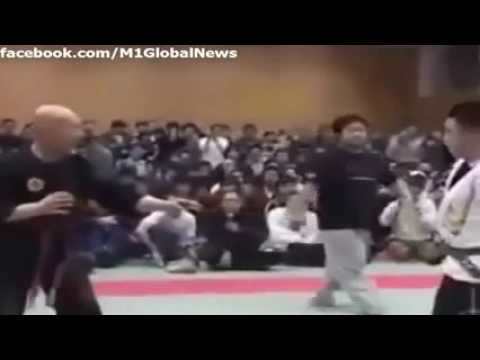 Nate Diaz’s next fight seems to be at 170lbs.

John - Feb 3, 2021 0
Nate Diaz posted a tweet that he might at the welterweight division, after a lot of hints of calling out the lightweight contenders. A...

WATCH: James Gallagher Sinks in Guillotine and Celebrates With McGregor

Conor Mcgregor is a DRAW even without the trashtalks