George Dillman’s martial arts background is no joke. Dillman himself is a joke, but not his martial arts background. The guy was national Karate champion 4 years in a row. He has trained with Bruce Lee, and even Muhammad Ali. He is a 10th degree black belt. His real accomplishments are nothing compared to his fake ones however.

Dillman claims to be able to manipulate a person’s Qi (a sort of all encompassing form of energy a person has, similar to the Force), in such a way to make them go completely lifeless.

Finally, some reporters from the National Geographic (video below) attempted to document this on camera. Low and behold, Dillman was unable to knock a person out without touching them on camera. 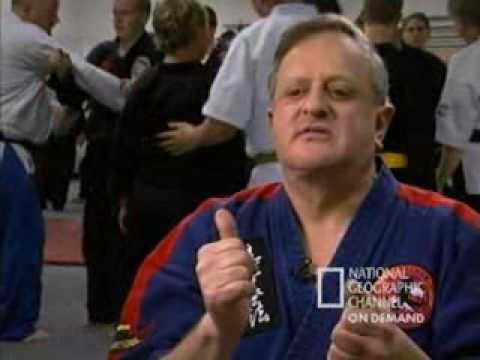 Dillman’s explanation for the failure was as follows: