This is the incredible story of US Marine veteran Barry Fixler.

Barry Fixler is a U.S. Marine Corps veteran who served in Vietnam in 1967 and 1968 and fought on Hill 861-A during the legendary Siege of Khe Sanh.

After receiving an honorable discharge from the Marine Corps in 1973, Fixler used the G.I. Bill to finance his undergraduate degree from the Gemological Institute of America and joined his father in the jewelry business. Today he lives with his wife Linda in Bardonia, N.Y., where he owns Barry’s Estate Jewelry.

On Valentine’s Day 2005, Fixler fatally shot one of two gunmen who attempted to rob his jewelry store. The shootout was captured by a surveillance camera and made into a mini-documentary for Most Shocking Videos, and it continues to run on TruTV. A clip of the surveillance video with narration by Barry is also popular on YouTube.

Barry has long been aware of his good fortune and has made a quiet point of sharing it. Barry has aided numerous wounded Marines and soldiers, to whom his loyalties are obvious, but also has helped people who have no connections to the military.

You Can Watch The Video Of That Shocking Moment Below: 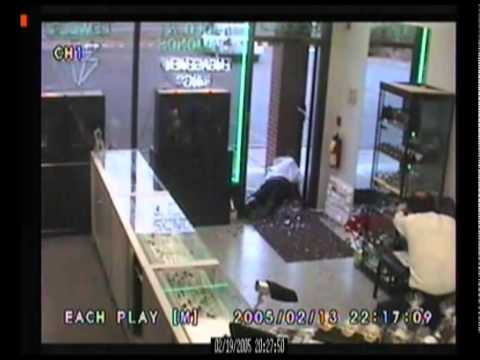 In 2009, in recognition of his good citizenship and humanitarian efforts, Rockland County legislators officially proclaimed November 8, 2009 as Barry Fixler Day. Barry also was named 2009 Veteran of the Year by the Rockland County Veterans Coordinating Council.

Barry is donating all of his proceeds from Semper Cool to physically wounded combat veterans and the families of our fallen troops.