It’s hard to ignore the number of stories that have surfaced over the years involving MMA fighter’s and strip clubs and in this article we’ve handpicked 10 of the craziest and most memorable tales to share with you. 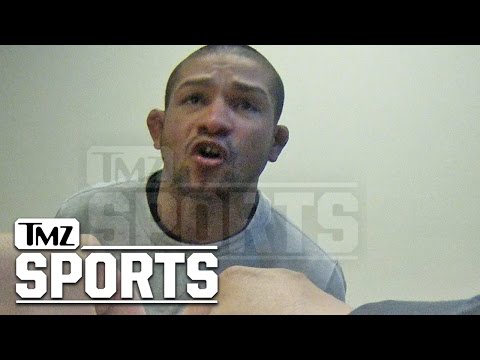 While still fighting in the UFC, Diego Brandao found himself being hit with an aggravated battery charge, three counts of aggravated assault and wilful assault with a deadly weapon after an incident outside the Knockouts strip club in Albuquerque.

Brandao had got into a verbal altercation with the DJ at the club, which led to him being escorted from the premises by security.

When he attempted to get back inside and was refused entry he then started throwing punches at the bouncers.

Afterwards he went to his vehicle and came back brandishing a gun and pistol-whipped a member of staff. Brandao then pointed the gun at several people again before leaving.

after being arrested he claimed that he was only acting in self-defense and that he’d been choked by a bouncer and that another had a gun too, while admitting that he dismantled and threw away the gun he’d used.

Brandao was already on a marijuana suspension from the UFC at the time and two weeks after the strip club he was cut from the promotion.

There had been hopes that perhaps light-heavyweight champion Jon Jones’ ‘bad boy’ days were behind him, but new details of his alleged antics at an Albuquerque strip club back in April suggest otherwise.

Jones reportedly attended the TD Eubank Showclub back in April with his brother, NFL star Chandler Jones, and according to one cocktail waitress things soon got completely out of hand.

The woman alleges that Jones pulled her onto his lap, kissed her neck, put her in a chokehold and lifted her off her feet, then picked her up and spun her around.

Despite her telling him to stop Jones is also alleged to have placed her on the bar and slapped her vagina, an act which normally requires a $100 deposit – which he didn’t pay.

Jones has since been charged with petty misdemeanor battery in relation to the incident, which his spokesman has claimed to be “malicious lies.”

John - Jun 20, 2021 0
Most MMA fans would be delighted to hear that the UFC legend, Anderson "The Spider" Silva just beat the son of All-time Mexican great,...

VIDEO:Francis Ngannou drinks a cup while getting HIT

Khamzat Chimaev is OUT once again, UFC ready to move on...