Rogan was suspiciously recorded without his knowledge at UFC 194 speaking about Jose Aldo’s appearance. The fight was Aldo’s first since the new USADA drug testing program came into effect, and Rogan commented that Aldo looked softer and “deflated”.

Afterwards, while recording an episode of his podcast with former UFC heavyweight Brendan Schaub, Rogan reiterated a story he’d heard regarding Aldo’s behaviour during a USADA visit to his camp. Rogan stated that Aldo’s camp tried to have the drug testers deported out of the country, and after that didn’t work Aldo tripped and spilt his urine sample.

After photos surfaced online that showed Aldo looking similar before and after drug-testing went into place, Rogan issued an apology on his Instagram account for his accusations. 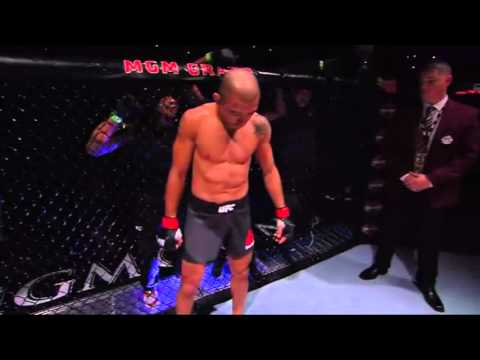 This Terrifying Monster Has Some Advice for Conor and Khabib

Darren - Oct 19, 2018 0
Martyn Ford is Already Becoming Famous in the MMA World... Just By Virtue of Being Massive And Terrifying... Now He Has Turned His Attention...