Joe Rogan is a 2nd degree black belt in Taekwondo, and a former US Open Grand Prix champion in the sport. That doesn’t mean he has too many fond things to say regarding the fighting discipline however, in fact he has been quite critical of it.

When speaking about his former fighting method, Rogan stated that taekwondo is “useless” in a real fight, and also has expressed the opinion that he felt disappointed in how unprepared taekwondo left him for his amateur kickboxing career (he went 2W-1L before retiring at 21).

In recent years Rogan has pulled back on his negative feelings to taekwondo however, stating that if a well-rounded fighter was able to incorporate some of taekwondo’s advanced kicking methods, that such a fighter would have a significant advantage. 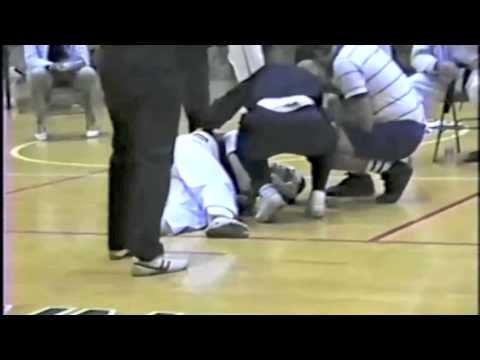 Darren - Mar 2, 2018 0
Conor McGregor and Sage Northcutt Have the Most Polite Exchange on Twitter in the History of the UFC... It’s one of the weirder stories out...

Video: Conor McGregor Has Been Working Very Hard On His Grappling…