5. UFC Fighters Should Not Wear Gloves

This is something Joe has expressed numerous times on his podcast; he feels UFC fighters should not wear gloves.

There are two different reasons why some feel fighters shouldn’t wear modern day MMA gloves. One theory is that the open-fingered gloves lead to frequent eye-pokes, while others feel that the nature of the gloves take away from the traditional vale tudo rules that modern day MMA evolved out of.

Rogan’s opinions regarding MMA rules are always slighted towards the idea that an MMA bout should mimic a real fight as closely as possible. He has also once stated that fights should take place in a large field with no boundaries, but he was probably pretty high at the time. 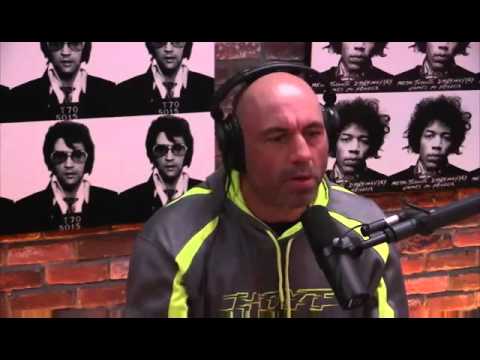 Salvador Sanchez - Jan 29, 2016 0
This big dude thought it would be a good idea to try and KO a smaller guy when he wasn't expecting it. This was...

PICS: Conor McGregor is Ready to ‘Party’ With Cowboy Cerrone

Looks Like David Haye Is Coming To The UFC