Conor McGregor faces a dangerous Brazilian striker in Jose Aldo at UFC 194, but this footage might make ‘Scarface’ think twice about standing with McGregor…

We know that Conor McGregor’s striking isn’t the typical style you see often in MMA, in fact it’s rather unique. As a tall featherweight, ‘The Notorious’ enjoys the reach advntage against Jose Aldo at UFC 194, but there’s been much debate about how his striking will compare with the Brazilian champion’s stand up.

The interim champion has some great knockouts on his record, including a stunning stoppage over Chad Mendes at UFC 189.

Indeed he looked very crisp and able to handle Chad Mendes that night, but will Aldo be as much of a challenge, if not more so? ‘Scarface’ has some nasty Muay Thai kicks and punches in his arsenal, unlike anyone we’ve really seen McGregor face before.

That’s not 100 percent true though, as there is footage out there of Conor McGregor sparring the man in this video, Cian Cowley: 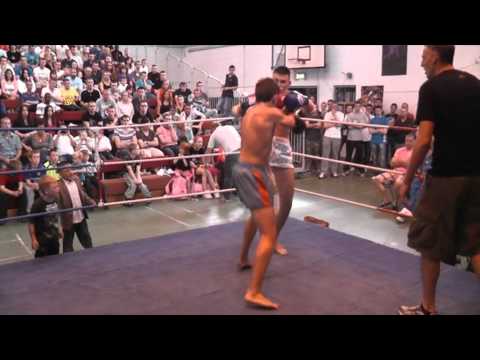 Skip to page 2 for the Conor McGregor vs Cian Cowley striking exchanges….