Have we got a treat for you today. If you’ve already seen this video, it’s still good to rewatch it. I find, the satisfaction you can get from watching this is pretty rare. You’ll see what I mean after checking out this short five minute clip.

Charlie Zelenoff, the internet’s most hated boxing troll, has had his fair share of exciting fights. All of it is on Youtube by the way, if you want to catch his early days of action. Basically Zelenoff is just a wannabe boxer who goes to different gyms in the Los Angeles area in order to challenge people in training to what he calls is ‘light sparring’. But as soon as the session starts, Zelenoff begins to throw wild haymakers.

Charlie Zelenoff is the internet’s most hated boxing troll

Because he is able to catch his foes off guard, more often than not, Zelenoff is able to get in a few unanswered punches. His opponents usually cover up and say they’ve had enough, but Zelenoff continues his onslaught until he’s had his fill. After which, he declares to the guy shooting footage on camera (his friend), that he has scored another knockout victory.

In times his opponents do fight back, Zelenoff is able to still catch them off guard and get some really good solid hits in. When he gets pushed back, Zelenoff calls a timeout or literally runs away, to avoid punishment. So you can imagine how pissed off guys are with Zelenoff at this point.

At one time, he even took on Floyd Mayweather Sr., and got a few good cheap shots in causing Mayweather’s entourage to jump him in the ring. Heavyweight world champion Deontay Wilder fought him a couple of years ago too, after Zelenoff had been trolling him for months using racial slurs and insulting Wilder’s daughter, who suffers from spina bifida. 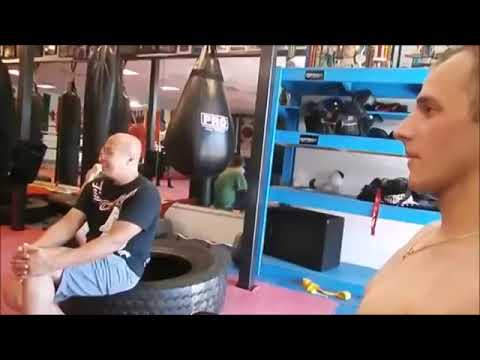 Want to see Charlie Zelenoff get the crap kicked out of him? Watch the video above

Wilder certainly kicked his ass up and down the gym, and you think Zelenoff would have learned his lesson. But to this day, the man continues with his same old act, victimizing many others in his path.

Luckily, not long after Zelenoff got the beating of his life from Wilder, he ran into a 16-year-old amateur boxer who totally kicked the crap out of him. The amateur boxer, like everyone else, started off not knowing what to expect. But as soon as Zelenoff threw that first shot, he knew what was up and proceeded to act accordingly.

Zelenoff and the boxer, who was almost twice as big as he was, threw down and it was pretty epic. At one point, the boxer even chased Zelenoff out of the ring, took him down, and put him in a rear naked choke. If you’re a fan of prime justice, this is the video for you.

Take a look at Charlie Zelenoff getting his butt whooped up and down the gym. It’s an amazing video that will never get old.