When Michael Bisping and Dan Henderson met at UFC 100 on July 11th 2009, Henderson was receiving testosterone-replacement therapy, but that is no longer allowed under the USADA testing program. Nor are many other things that Hendo might have been able to get away with before advanced drug testing infiltrated the sport.

Henderson first received a TRT exemption in 2007 at the age of 36, one year younger than Bisping is now.

Henderson is 2W-1L in the USADA drug testing era however, having defeated Tim Boetsch and Hector Lombard, but having lost to another former TRT-exempt fighter Vitor Belfort.

Still, not being able to use TRT like he had been for their first fight will be a disadvantage for Hendo. 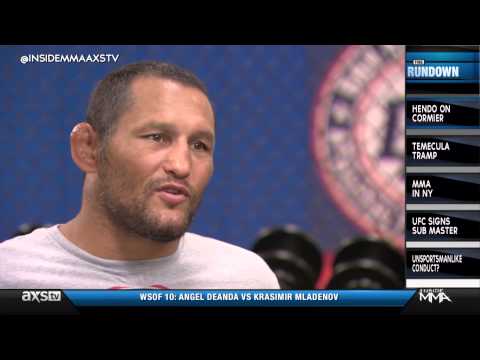 Darren - Aug 12, 2020 0
Paige VanZant has officially signed for BKFC. The bare-knuckle boxing promotion have signed her up to a longterm multi-million deal. She will now swap...