If you’ve ever wanted to see what happens when a professional MMA fighter uses their skills outside the cage then look no further as we bring you a bumper selection of stars being caught on camera engaging in street fights, gym wars and barroom brawls. 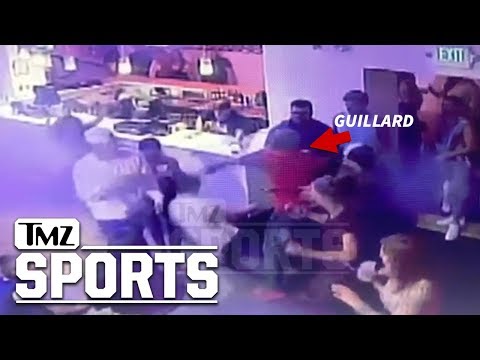 CCTV footage captured the moment when former UFC and Bellator lightweight fighter Melvin Guillard completely lost his cool and started knocking out people at a bar in Denver last year.

It all starts with a verbal confrontation with a man wearing a baseball cap, who Guillard hen proceeds to knock out with a short flurry of punches.

Another man attempts to go after Guillard, only to also be knocked out by a right hook.

At that point a woman leaps at Guillard, but falls to the floor, gets back up and then also appears to be hit, before others intervene to stop the brawl.

The deeply troubled Guillard was arrested a week later when he appeared in court for an unrelated matter regarding an alleged assault on his former mistress.

UFC 257 PPV numbers revealed by The Notorious himself

John - Oct 7, 2021 0
Conor McGregor just revealed the PPV numbers of his trilogy fight against Poirier and SPOILER ALERT! it did better than expected. McGregor may have...