This is one of the best trilogies in MMA history. While the bad blood that existed between the two fighters was tame compared to other rivalries, the fights themselves definitely were not.

Their first bout was a unanimous decision victory for Maynard and the first loss of Frankie Edgar’s career. They wouldn’t meet again until after Frankie had dethroned BJ Penn atop the UFC’s lightweight division.

When they met for the title at UFC 125, Edgar had to survive a huge scare in the 1st round and spent the rest of the fight trying to make up for the 10-8 round he suffered. He won 3 of the next 4 rounds and the bout was declared a draw. Leaving nothing up to chance next time, Edgar KO’d Maynard in the 4th round at UFC 136.

Sadly Maynard’s career has struggled since the bouts with Edgar, having lost 4 of his 6 fights ever since, and at one point having gone over 4 years between victories. 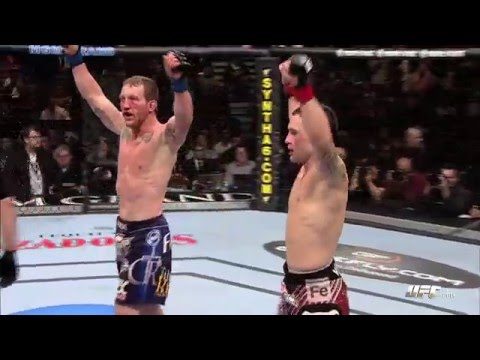 Atilano Diaz - Aug 2, 2016 0
Arguably one of the best things to come of MMA’s rising popularity in Asia is women getting into the sport. Seriously, women in fight...