Get ready for a legal battle between Georges St. Pierre and Dana White. The situation seems to be very reminiscent of an impasse Randy Couture and the UFC were once at, and if that’s the case it doesn’t look too good for GSP.

Recently on the MMA Hour, Georges St. Pierre announced publicly that he has terminated his contract with the UFC and now considers himself a free agent. These statements were made the day before UFC 206 tickets were to go on sale. UFC 206 is being held in Toronto, the city where GSP vs. Jake Shields once broke attendance records in.

If it is the case that GSP and the UFC are hopelessly incapable of reaching a deal for the popular French Canadian to return, he is better off just retiring. Here are five reasons why…

There are opponents outside the UFC for Georges St. Pierre, but not many, and none that will bring about the “super fight” pay day that GSP is seeking.

A fight between Ben Askren and Georges St. Pierre would be interesting, but would be unlikely to earn Georges the type of financial rewards he had previously earned throughout his career.

Chael Sonnen? Benson Henderson? None of these fights offer the star power or challenge that GSP would find by returning to the UFC.

In the UFC there are big money fights for him with potential opponents such as: Anderson Silva, Robbie Lawler, Conor McGregor, or even a rematch with Nick Diaz. A rematch against Johny Hendricks in the USADA-testing era would also be interesting.

Outside of the UFC there is almost nothing of any value. Rematch options with Jake Shields or Jon Fitch are possible, but those are hardly appealing fights. Moving up in weight might allow Georges to join the cast of past-their-prime names along with Chael Sonnen, Wanderlei Silva, or even Tito Ortiz.

Georges St. Pierre fighting against anyone who is not considered an elite level fighter just does not seem right. 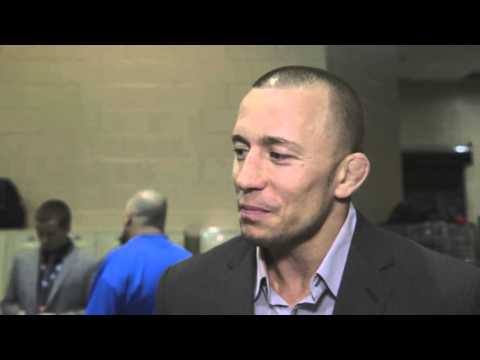 GSP Will Come Back for Mega Fight