There have been some truly tragic moments in mixed martial arts over the years. There have been 4 fatalities in the history of modern day mixed martial arts. Those are just in sanctioned bouts however, involving professionals. Many more amateur fighter deaths, including João Carvalho, have occurred in amateur bouts. None of these fatalities occurred on a major MMA show however.

Strikeforce, UFC, Bellator, and heck even Pride managed to never have a fatality. That is not to say that there have not been many moments in big organizations that could be considered tragic. In fact there have been several. Whether it is a career-threatening injury or a once great fighter falling from grace, tragic moments have been a regular occurrence throughout the modern history of the sport.

Here are the top 7 tragic finishes in MMA history…

In the beginning the UFC was all about Royce Gracie. He was the small guy defeating larger opponents with a grappling magic he referred to as jiu-jitsu.

After being exposed by Ken Shamrock when they met in a super-fight at UFC 5, Royce Gracie left the UFC. He would fight in Pride, famously losing to Sakuraba (his first official loss, though judge’s decisions were rarely allowed in Gracie fights). When he returned to the UFC he was put in there against the top welterweight in the world at the time, Matt Hughes.

Hughes was clearly the better fighter. Royce refused to tap to an armbar, so Hughes simply adjusted and finished the fight with strikes in the first round. He knew Royce would have rather he broken his arm than to tap.

What was tragic here is that it was clear the sport Royce Gracie had pioneered had passed him by. He was no longer able to compete against the best of the best in MMA. 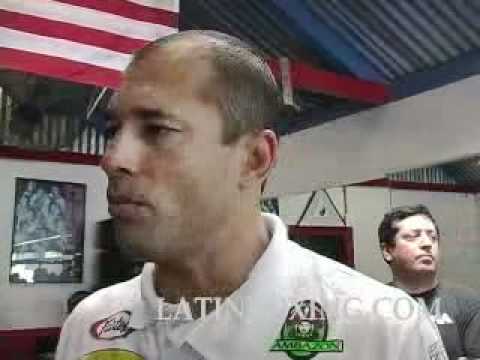 Atilano Diaz - Jul 29, 2016 0
It’s no secret that mixed martial arts is dominated by fighters competing in the UFC out in the wild West, but Asian MMA has...

The Pros and Cons of Data as a Service