There are few things more thrilling in mixed martial arts than seeing a fighter pull off an audicious, eye-catching or acrobatic move in the cage, but while there can be a big payoff when they work as planned, they can sometime have disastrous consequences when they don’t.

In this article we’ll recall 10 classic examples of fighters digging deep into their bag of tricks to produce a showstopping moment, only to then find themselves the star of a must-see highlight reel finish for all the wrong reasons. 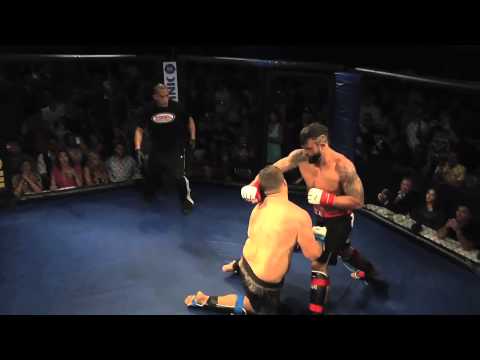 It’s not easy trying to make it out of the amateur ranks in MMA and sometimes a highlight-reel finish in the cage can be just what it takes to get noticed and have people talking about you…although not always for the right reasons as Matt Lawrence found out at an Island Fight’s event.

Lawrence had initially attempted to land a leg kick against Dillon Cleckler, but hit nothing more than thin air as his opponent retreated, and as his momentum carried him round the fighter suddenly had a spark of inspiration.

Rather than immediately resetting, Cleckler used his momentum to pirouette into a spinning backfist attempt to try and catch his opponent off-guard.

Unfortunately for him, his fist missed the target, and with his chin now completely exposed, Cleckler nailed him with a counter-right that toppled him face-first onto the canvas for a knockout victory that would subsequently go viral on the internet.

Salvador Sanchez - Jul 20, 2017 0
Doesn't look like Joe Rogan is entertaining the prospect of Mayweather winning... UFC lightweight champion Conor McGregor makes a move like nobody before him on...

The New Season of TUF Features Most Dangerous Supermodel on The...