The fact that MMA is so intense, competitive and hard-hitting can lead to people forgetting that at the end of the day it is still just a sport featuring two highly trained athletes.

That makes it even more heartwarming then when these warrior’s humanity and compassion shines through with moments of true sportsmanship, and in this article we’ll recall 10 feel-good examples that are sure to put a smile on your face. 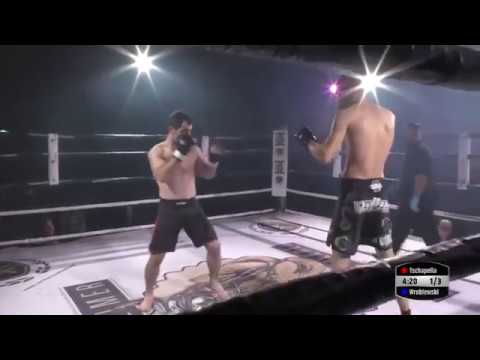 A fight between lightweights Arkadiusz Wroblewski and Paata Tschapelia at Hafenkeilerei 5 in Germany back in 2016 served up one of the most memorable moments of sportsmanship ever seen in the ring.

During the first round of the fight the lanky Wroblewski threw a punch and then immediately clutched his left shoulder in distress, having clearly suffered a dislocation, at which point Tschapelia showed great compassion for his fellow fighter by stopping fighting immediately.

For the next minute it was unclear what was going to happen and Tschapelia was on the verge of a certain victory due to the injury, but remarkably he then went over to Wroblewski and fixed the dislocation himself with one quick yank of his opponent’s arm.

Wroblewski recovered immediately and then went over to touch gloves with Tschapelia as a thank you as the crowd cheered their appreciation.

The two then got back down to the business at hand, and despite their newfound respect in the ring, Tschapelia would still go on to KO Wroblewski later in the first round.

Darren - Mar 26, 2020 0
Mike Perry is one of the most outspoken fighters on the UFC roster. 'Platinum' is definitely easy to spot with his tattoos and outrageous...

Nonito Donaire defies FATHER TIME and is a CHAMP once more

Michael Chandler promises to be RECKLESS against Justin Gaethje

Quote: Conor McGregor Is The Irish Floyd Mayweather Of MMA

Khabib: GSP Has to Fight Me at Lightweight

WATCH: Khabib Wrestles With His Dad… His ‘Greatest Challenge’