There’s never any shortage of jaw-dropping moments in the sport of Mixed Martial Arts, and 2018 has delivered more than it’s fair share of unforgettable action inside the cage and unbelievable incidents outside of it too.

With that in mind, as the year draws towards a conclusion, let’s take this opportunity to pick out the Top 10 craziest moments the sport has had to offer over the past 12 months. 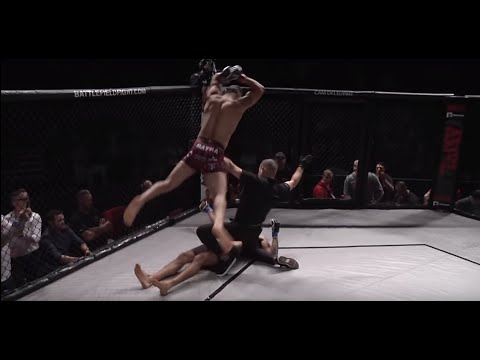 Amateur MMA fighter Austin Batra disgraced himself with a callous attack on his already knocked out opponent Perry Hayer at Battlefield Fight League in Canada on September 22nd.

Batra was 4-1 as an amateur at the time and fighting for the BFL welterweight title when he caught Hayer with a blistering left hook that stretched him out on the canvas unconscious.

The referee then crouched over Hayer while waving the fight off, but at the same time Batra leapt over the official with both fists in the air, before cruelly coming down on his motionless opponent with a double hammerfist.

The moment of insanity cost Batra dearly as he was disqualified and received a backlash from fans when the footage subsequently went viral, while despite being KO’d, Hayer was declared the winner and won the title.

Khabib Explains: “You Can’t Keep an Eagle in a Cage”

Five Pictures Of UFC Fighters Before They Were Famous

Manny Pacquiao wants Conor Mcgregor as his next fight