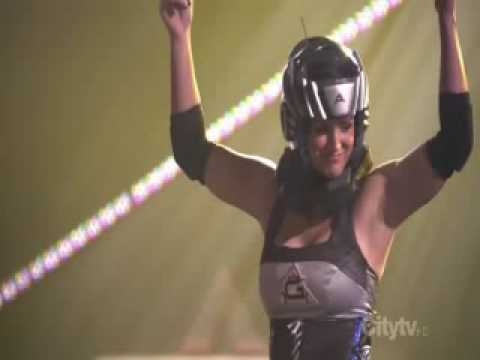 At the same time as she was establishing herself as WMMA’s first major star, Gina Carano also become one of the Gladiators on the NBC show, ‘American Gladiators’ in 2018.

Carano featured as ‘Crush’ on two seasons of the show and had plenty of opportunities to show off her toughness and fighting instincts as she kicked contestants asses in challenges like ‘Gauntlet’, ‘Joust’ and ‘Pyramid.’

With over 12 million viewers tuning in for the debut episode, Carano credited the show for helping her to, “gain exposure to a larger, national, mainstream audience.”

It’s also worth noting that Carano wasn’t the only WMMA fighter on the show as Erin Toughhill also featured as ‘Steel’ on season 2.

Kamaru Usman deserves to be the NUMBER 1 P4P fighter in...

John - Apr 26, 2021 0
In the UFC current roster, who has a better argument for number one pound for pound list than Kamaru Usman? He has literally beaten...

Mike Tyson Once Knocked Out Wesley Snipes Over a Woman…

Check Out These Epic Remixes Of The Greatest UFC Wars