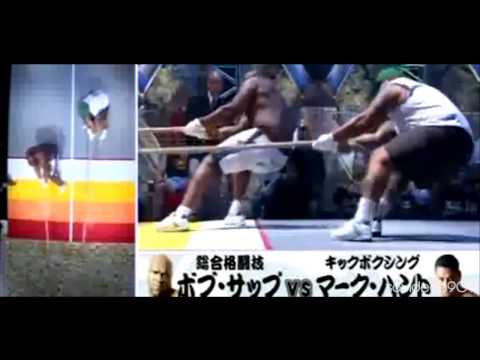 A Japanese game show had the great idea to test the strength of some of MMA’s biggest stars, figuratively and literally in a ‘Tug O War’ challenge back in 2012.

Alistair Overeem was in stellar form in the ring and the cage at that time, but even though he was in his ‘Ubereem’ physical prime, he couldn’t deal with the brute strength of super-heavyweight Bob Sapp.

Meanwhile, Mark Hunt showed he was a natural at the challenge as he took down a sumo wrestling star, and then impressed even more by defeating ‘The Beast’ Bob Sapp too.

The unstoppable Hunt then easily brushed aside a World’s Strongest Man on his way to being crowned the undisputed Tug O War champion.

Transforming your passion for boxing into your small business

PIC: Clean Jon Jones Has a Message For ‘Future Victims’