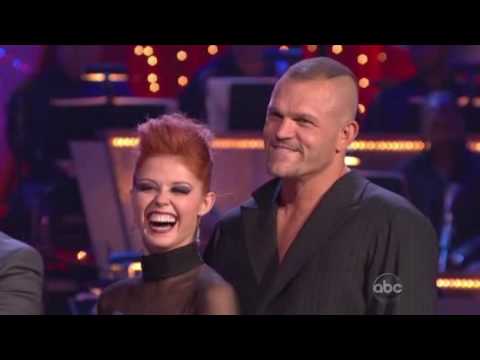 Chuck Liddell – Dancing With The Stars

Chuck Liddell was the first of several UFC fighters to be picked to feature on the ‘Dancing With The Stars’ series, making his appearance on Season 9 of the show.

The light-heavyweight legend managed to dance his way to safety in the opening week of the show despite one judge informing him that he was “too aggressive” and needed to “get in touch with your feminine side.”

That seemed like mission impossible for ‘The Iceman,’ bue he stuck around for a few more episodes before he was eventually eliminated on week four.

Watch: Early Contender for Boxing KO of the Year