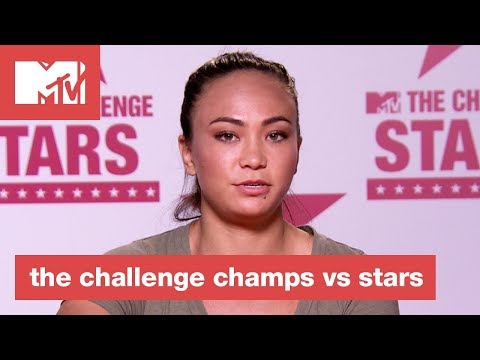 ‘The Karate Hottie’ was selected to appear as one of the stars on MTV’s ‘The Challenge: Champs vs. Stars’ in 2017 alongside the likes of former NFL star Terrell Owens and Olympic volleyball player Kim Glass, going up against previous winners of the channels reality series.

Waterson particularly relished a game called Slamball, which is like basketball with trampolines and more physical contact. That latter aspect appealed to her fighting instincts and left one of her opponent’s complaining that “this isn’t a wrestling match.”

Waterson’s own teammates were glad she was on their team though, with one saying, “Michelle’s adorable and she looks so sweet, but she will murder you!”

Waterson also won a 1v1 round called ‘Cage Match’ and eventually made her way to the final of the show, where her team lost out to the champs.

Salvador Sanchez - Apr 22, 2017 0
That was absolutely brutal... Kicking off a packed weekend of MMA action, Bellator 178 hit the Mohegan Sun Arena in Uncasville, Connecticut. Looking like a stacked...

Five Female MMA Fighters Who Might Be On Steroids

PIC: Jon Jones is MASSIVE After One Year Without Drug Tests…