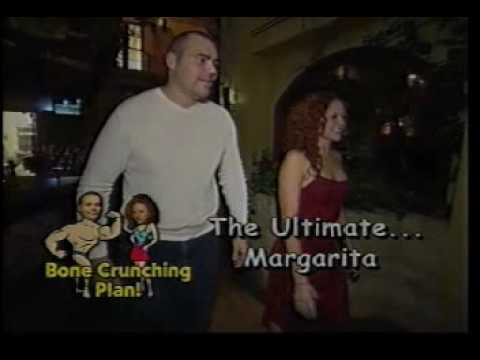 Many years ago a number of UFC stars of the time, Tim Sylvia, Pete Spratt, Tiki Ghosn, Wes Sims and Josh Thomson agreed to go on the ‘Blind Date’ show, but the results suggested most would be better off sticking to fighting!

His red-haired date Jennifer said she was into big, tough bad boys, so ‘The Mainiac’ seemed to fit the bill, but the interactions between the two were painfully awkward, especially when she confessed that she wasn’t sexually attracted to him.

The fact that Sylvia didn’t drink was a big turn-off for the boozy bartender, who claimed at the end of the show that, “I’m not an alcoholic, because I don’t go to meetings,” in a way that left everyone unsure whether she was joking or not.

To be fair most of the others didn’t fair much better.

Thomson was a perfect gentleman, which didn’t go down well with his date who took offense that he didn’t make a move on her, while Simms showed up to his date in a tiny pink UFC t-shirt and Ghosn cut his date short saying he wasn’t interested in a party girl.

Spratt on the other hand kissed his date in the jacuzzi and both signalled their interest in a second date.

Nate Diaz Reveals He Was Meant To Lose Against Conor McGregor