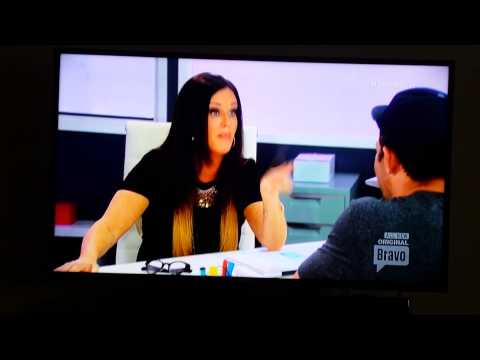 One of MMA’s most eligibly batchelor’s, Luke Rockhold once appeared on an episode of the Bravo TV show, Millionaire Matchmaker.

Rockhold, who was 29 at the time, claimed at the start of the show that he hadn’t had a serious girlfriend for 8-9 years, hinting that he’d been more into casual relationships while he channeled his energies into his fighting career, but that he was now looking for something more permanent.

Host Patti Stanger seemed suspicious, but matched him up with a girl for a date on a yacht, that at the time seemed to be going well – or at least so Rockhold thought.

However, the girl later told Stanger that the date had gone off the rails when Rockhold asked her, “Do you swallow or spit?”

To make matters worse, when called into Stanger’s office to discuss the date, Rockhold flirtily put his hand on the back of one of Stanger’s female assistants, which provoked an angry response from the host who called him a ‘dog’ and booted him off the show.

Rockhold claimed on TMZ later that the show had been edited to make him look bad, but boasted that he hadn’t come away completely empty-handed as he’d kissed one of the show’s co-stars.

Darren - Nov 15, 2019 0
Darren Till has become one of the most likeable fighters on the UFC roster. The Scouser has more personality than half of the other...